Showing posts from March, 2009
Show all

He Will Never Fail You

- March 31, 2009
"Be assured, if you walk with Him and look to Him, and expect help from Him, He will never fail you."
-George Mueller
Post a Comment
Read more 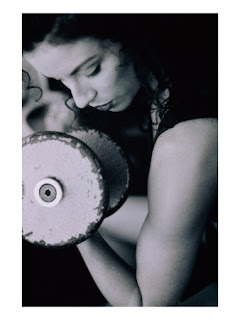 So I'm a personal trainer and anyone who knows me knows that I am ALL about the weights! I looove lifting weights-doing it will transform your body! It may take awhile, but it will!
Anyway, at work one night I overheard a lady talking to her husband/boyfriend.? He must've said something to her about lifting weights, and she said (loudly), "No, I don't want to build muscles!".
Oh my gosh, WHAT do I have to do to get it out of women's heads that it is so BAD to lift weights? That it is BAD to have muscles and be strong???? I love looking muscular and being stronger than anyone would ever think I was! I may be little, but I am strong!! And I couldn't tell you how many women say that they want their arms to look like mine. I lift HEAVY(for me) and I love it. And I DON'T think I look like a man.
So this lady that made the comment mentioned above was overweight. And I'm thinking, "Okay, so you can be fat...or you can be fat with a little bit of mus…
1 comment
Read more 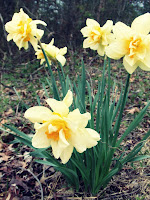 The weather has been beautiful the past few days and I'm hoping it will last!

I slept in til almost 10:00 today! I hate sleeping that late, but I needed it.

Then I went to the gym(leg day) and to the tanning bed....came home and walked Asher, then sat outside on the front porch and read a book while my hubby washed the cars...

There is nothing better than the feeling of the warm sun on my face. I have been needing that sooo bad!

Then we went to Subway for dinner, came back home and sat in the sun some more! 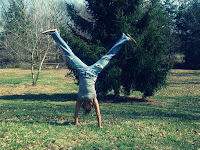 The past two days have been soo beautiful! 75 degrees and sunny-you can't get any better than that! I feel like my mood completely changes when it's nice out! I feel so much happier and more energized.

We took Asher over to my mom's on Tuesday-he has so much fun there running through the woods and getting in the creek! Took a few pics of me having fun hanging from trees and doing cartwheels-I'm such a kid! : )Today, unfortunately, is not as warm(in the 50s), but it's still sunny, so I can't complain. Weather here is crazy. I wish it would just get warm and stay warm! Not too much longer I hope! Summer will be here soon....So anyway, the past couple days when I've been driving to work in the morning, I've been thinking about our old house and how much I loved it and am going to miss it! I'm trying not to think about it that much and to be content because it's just a house...but the past couple of days, it just seems to pop into my head and make m…
2 comments
Read more

I hate my legs.

Ugh, I just feel so drained and worn out after a leg workout....I feel like I need to take a nap.

Plus, I threw in some shoulders along with legs and supersetted legs/shoulders. That really kept my heart rate up....my endurance is horrible! I guess that could be because I never do cardio!!

I'm scared of losing muscle if I do cardio, and if I can stay lean without it, why should I do it? lol.
I know it's good for my heart...but right now my goal is to BUILD as much muscle as possible, and that is really hard for me-so no cardio for now! My knees have been hurting me lately, which sucks. Probably from all these years of doing heavy squats. But I gotta do it if I want those quads and glutes bigger!!!

ANYWAY....I'm just writing cuz I'm really bored right now. Had a couple of clients cancel today, so now I don't have to go in 'til 7 tonight for one appointment. Just did some laundry, now I'm playing around on the computer...I think I'm g…
Post a Comment
Read more

- March 16, 2009
This Jesus of Nazareth without money and arms, conquered more millions than Alexander, Caesar, Muhammad and Napoleon; without science and learning, he shed more light on matters human and divine than all philosophers and scholars combined; without the eloquence of schools, he spoke such words of life as were never spoken before or since and produced effects which lie beyond the reach of orator or poet; without writing a single line, he set more pens in motion and furnished themes for more sermons, orations, discussions, learned volumes, works of art and songs of praise than the whole army of great men of ancient and modern times. 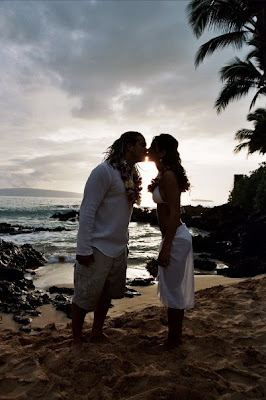 Today is me and my husband's 3 year anniversary! I can't believe it's been 3 years since we ran off and got married in Maui. Actually, that seems like so long ago!

Well, we didn't have anything planned until a couple of days ago, and then we decided to go see cirque du soleil since they were in town. It was fun! The stuff that those people do is sooo amazing! Wish i could've taken pictures, but it wasn't allowed. :(

Then we decided to go to O' Charlies after that for dinner-we love their potato soup and chocolate cake! Yum! So I am now at home and completely stuffed! A little too stuffed, actually...
Post a Comment
Read more

*I hate moving. It really sux, especially knowing you have to move again in 3 weeks.
*I wish Matt would get home!
*I am so hungry, and there is no food in the house.
*I'm craving something chocolate right now...and coffee for some reason.
*Today was a dumb day. All I did was clean and pack up stuff. Did get a workout in, though.
*I need to get out of this house!
*I just want to get settled in to our condo. I hate this waiting....
*I hope Matt finds a new job!
*I can't wait for summer to get here! Wish I could go to the beach.........
*My 3 year marriage anniversary is next Saturday!! Still don't have anything planned.
*Probably won't til then. : (
*Wish we could do something different instead of just dinner. Oh well.
*Can't wait to see Matt tonight!
Post a Comment
Read more 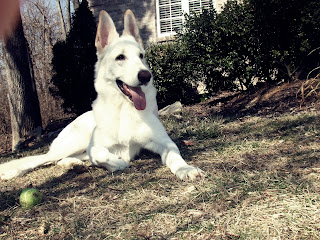 Yesterday Ifinally got to enjoy a decently warm (if you can call 50's warm) and sunny day! I was able to clean out my car(it was a mess!) and play with my dog outside for a few hours. I really needed that.  I'm sooo happy that the rest of the week is going to be warm! : )
Here are a few pics I took of Asher in the front yard:
Post a Comment
Read more

Back to another week of work after a very short weekend, it seemed. But I got a lot accomplished over the weekend. Our house is now nearly empty, and pretty much everything has been transferred to storage temporarily. It's kind of sad to see an empty house again...when just a year ago I was filling it up with stuff and making it my own!

So my husband has been at his new job for a couple weeks...he doesn't really like it all that much right now-he has to work some pretty crazy hours. He goes in early and doesn't come hope til around 9 pm. ) : I'm sad cuz I don't get to see him as much as I used to! But I guess that gives me something to look forward to on the weekends! But they just don't last long enough...

I really need to get another job, but I just don't know what! I'm a personal trainer right now, but I don't work enough hours at all. Personal training can hardly be a full time job. So I can either find another g…
Post a Comment
Read more
More posts

Lindsay
Me in a nutshell: Hi! I'm Lindsay- a 34 year old personal trainer from Louisville, KY. I'm shy until you know me really well(not many people do). I am and always will be a kid at heart. My passion is for health and fitness. I am in love with the weights and hope to inspire other women to want to lift heavy! I'm a Christ follower,a bookworm, optimistic, easily amused, a dog lover, and a summer girl. I was married to an amazing man for 12 years, until he passed away on June 29, 2018.